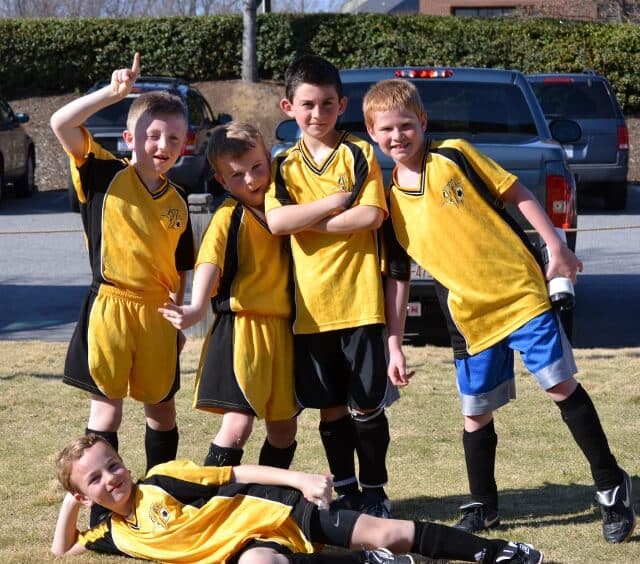 Warriors Elite soccer is a Wake County Triangle Soccer Club. It was founded in 2008 by classic soccer coaches to create an opportunity for players to obtain technical training in the “off season” in an effort to more rapidly advance their skills while having fun playing soccer in a controlled environment. This allowed for players to focus on instruction, skill development and fitness enhancement that gave them greater mastery when they returned to game play. The indoor soccer environment we utilized also benefited our players with their decision making skills. Movement of the ball is almost continuous and because the space is much smaller than the outdoor environment, problem solving became more rapid. This has aided in our player’s cognitive development creating “smart players” who can rapidly read the game.

In 2016 we recognized that the holistic approach we take to teaching, training and developing players was offering our families greater value and results than the other local competing programs and in response Tommy Faulkner and David Almeida committed to providing the Warriors Elite Program year round. Therefore, Warriors Elite Soccer Club now offers year round soccer development opportunities (ages 6-18) for youth players. We continue to capitalize on the indoor training and games in summer and winter, however, we have added teams which compete locally and attend tournaments within NC. 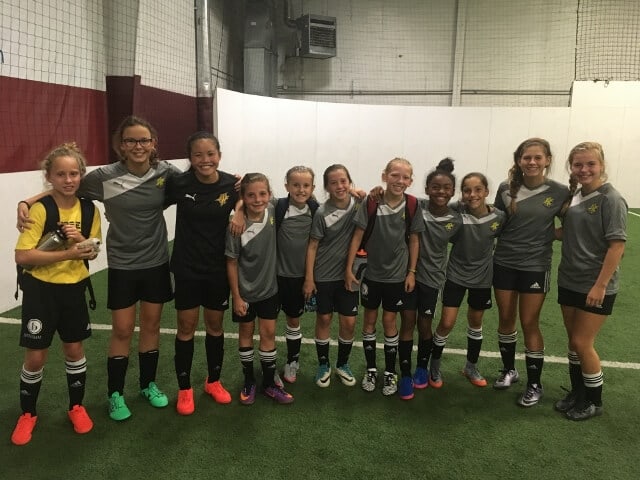 The approach we offer in training is always three pronged and includes intellectual game understanding, physical advantage, and creativity. By an in depth understanding of the tactical aspects of the game we prepare our players for success under rapidly changing circumstances. This is accomplished through training sessions that break down the phases of the game into digestible bits and linking them with actionable que recognition. Physical advantage is found in various forms. It is not always greater strength though strength development is important for every player. A self- awareness of your own center of gravity, strength, speed and overall body mechanics as compared with your opponent helps our players determine his/her approach to assure success.

This is a keystone of our training; focusing on the kinetics of the game and of every movement of our player. Proper kinetic training has resulted in Warriors Elite players at 10 years old being able to dis-possess or maintain possession against players who are 15 years old. Creativity is often the overlooked recipe for success in soccer by most training programs. We have developed an approach that allows our players to find their creativity without fear of negative repercussion from coaches or teammates for temporary failures. It is cultural for us and has to be seen to be understood. 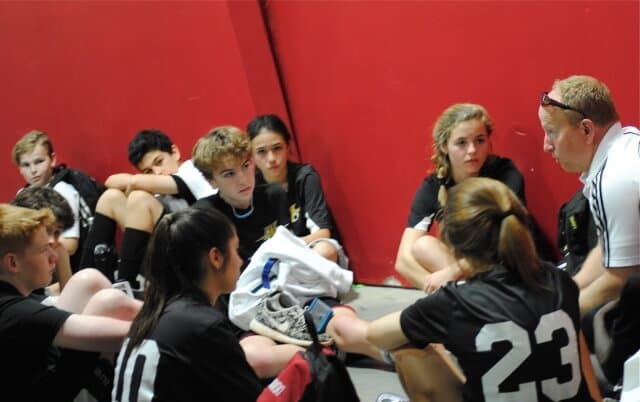 Warriors Elite teams and players have developed to be very competitive regularly obtaining wins over each of the “major clubs” in our region when playing against their teams (all clubs in central NC). We have repetitively ranked as the division champion for one or more of our teams in every summer and winter league in which we have played for the last 5 years. Most recently we played our seasons at Netsports and XL Soccerworld, two of our outstanding partners. Our Elementary age players are focused on individual development and learning the game. It is a fun and low stress environment that is focused to develop character and good habits as well as highly technical soccer play.

In addition to the advanced level of soccer play a youth participant obtains from Warriors Elite Soccer, you can expect several qualities will develop within your player which will positively influence their lives off the field. While there are many qualities we could name; our best examples are illustrations from player interactions. Examples include older players genuinely caring to lead younger players to success, genuine friendships that cross any and all religious, race or ethnic barriers, responsibility to one another for own actions as opposed to finding fault in others. This list could continue but the concept should be clear. Our culture at Warriors Elite Soccer rewards hard work, positivity, creativity, leadership and many of the other character qualities we strive to develop in our youth.

So, if you’re looking for a highly competitive, positive minded, build up your player in mind and body…Triangle Based Soccer Club, you’ve found the right place.